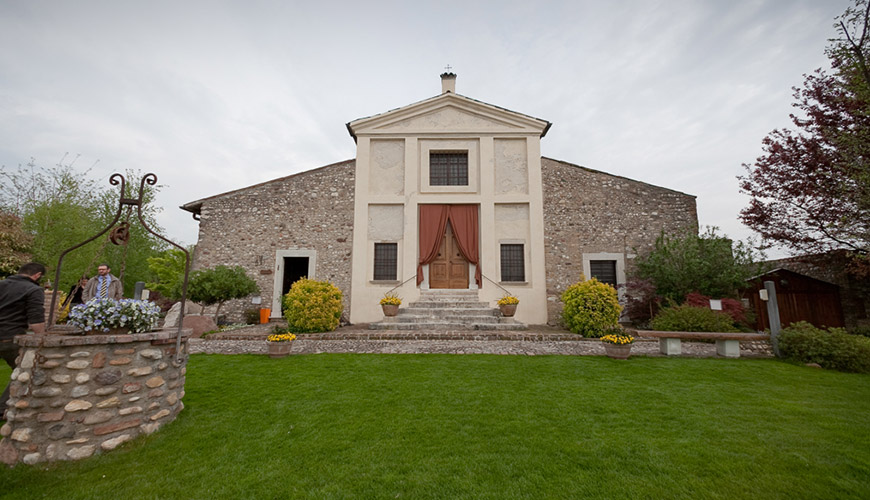 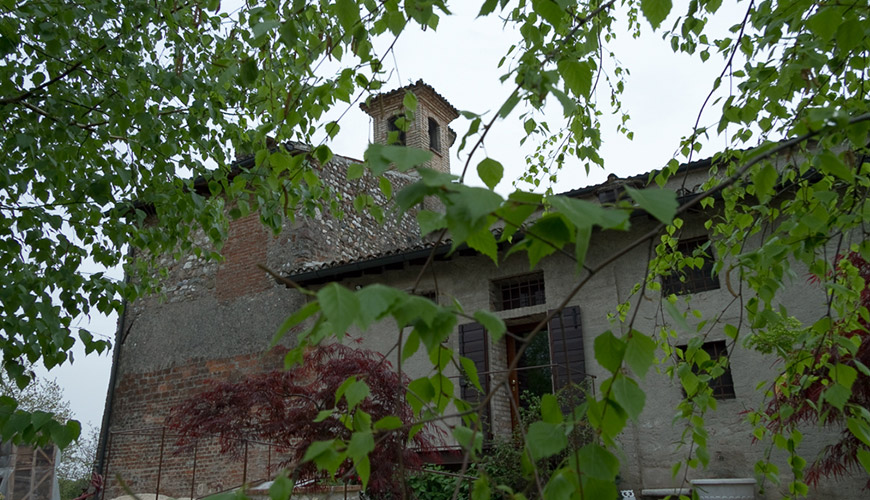 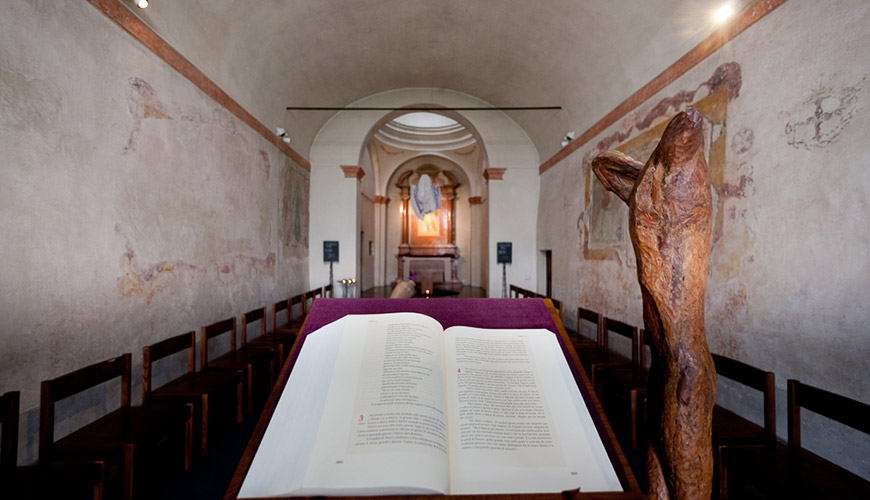 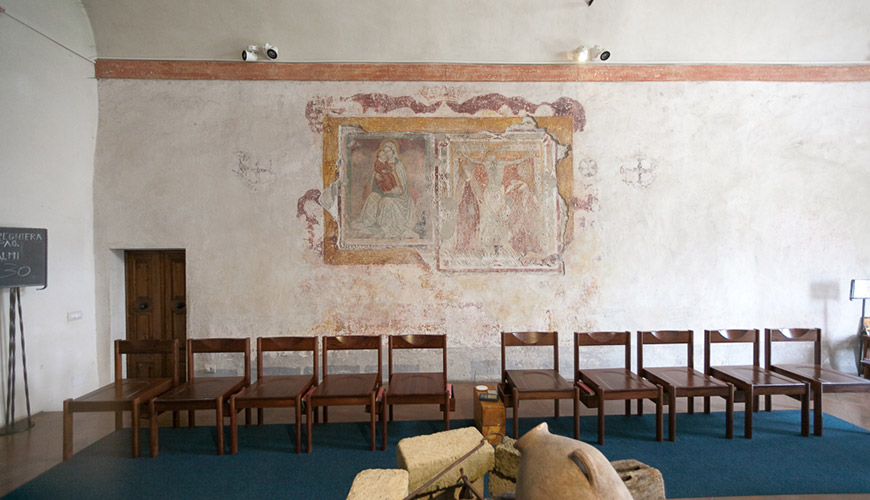 The Hermitage of Santa Maria della Rosa is a small hermitage located among the hills, in the hamlet of Ghisiola. It is just outside Castiglione, towards Desenzano, a few kilometers from Lake Garda.
“… About a mile far from here, up on the mountains …” (1707)
It is essentially a place of silence and prayer. It is open to visitors and, upon request to the monk living there, you can be hosted in the guest quarters.

It was built in three different times:
– The corresponding part of the altar and of the current presbytery was built around the middle of the fifteenth century, probably on a previous layer. The name “Ghisiola” (small church) comes from this first small building;
– In 1520, the front was expanded;
– In the early 1600s, the skylight and the two side buildings were added.
The hermitage appears as a typical popular building with very simple lines, in harmony with the surrounding hills. The construction technique, typical of the rural houses, wisely uses moraine material.

Inside the church:
– The altarpiece reproducing a late Gothic Madonna and child. St. Aloysius Gonzaga’s mother, Marta Tana, prayed to this painting when his two-year-old son was suffering from serious illness. When the boy recovered, Marta offered as votive gift a painting of the little Aloysius portrayed with a rose in his hand;
– Two frescoes, found during restoration in 1979, on the right wall of the church, probably dating back to 1500. They depict a Madonna and Child and a Crucifixion with two figures of saints on the sides (maybe Francis and Claire of Assisi);
– Another fresco, discovered on the left wall in 1984, depicting a saint between two frames made of symbols of the various rural crafts of the time. According to hygienic standards of the time, it was covered with several layers of lime in response to the ongoing plagues.
We can read in the documents as this small hermitage was used for centuries in many different ways. Initially just a small roadside shrine, it appears for the first time in the report of the visit of the Bishop of Brescia in 1556. It is described as a church “without doors” and in 1566 as “without pallium, without cross, candlesticks and with a broken altar front”.
The visitor Christopher Pilati registers it as “consecrated” in 1578. In 1657 is documented the presence of a hermit monk (“Ecclesiae sancta Mariae a Rosa omnibus necessariis provisa sufficienter ubi habitat eremita”). In the last century the complex was attended for many years by a family. When abandoned, soon went into decline.
The restoration began in 1979, and the hermitage was made habitable again (community of fathers Dehoniani since 1984). It was inhabited again until July 2007, when the parish of Castiglione entrusted it to a young lonely monk, belonging to the monastic community of Bose.

The urban system of Castiglione reveals its former function of ca... Leggi tutto >>

The oldest part of the Palace is attributed to Luca Fancelli and ... Leggi tutto >>