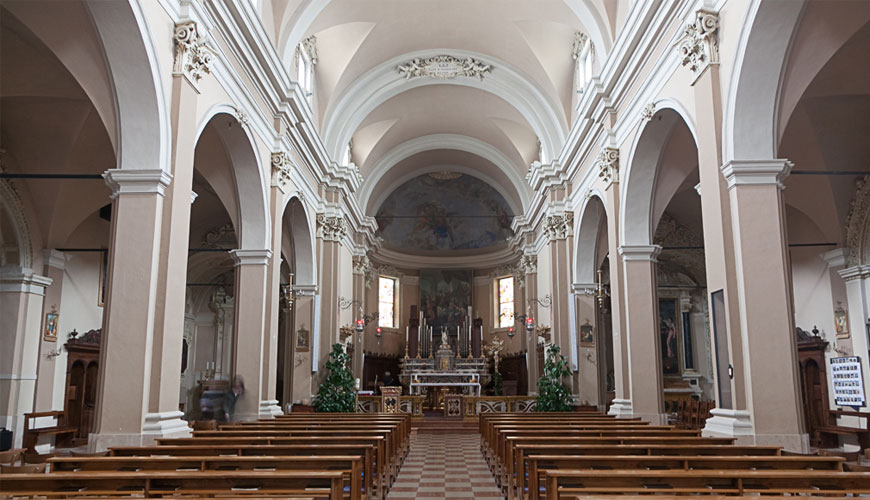 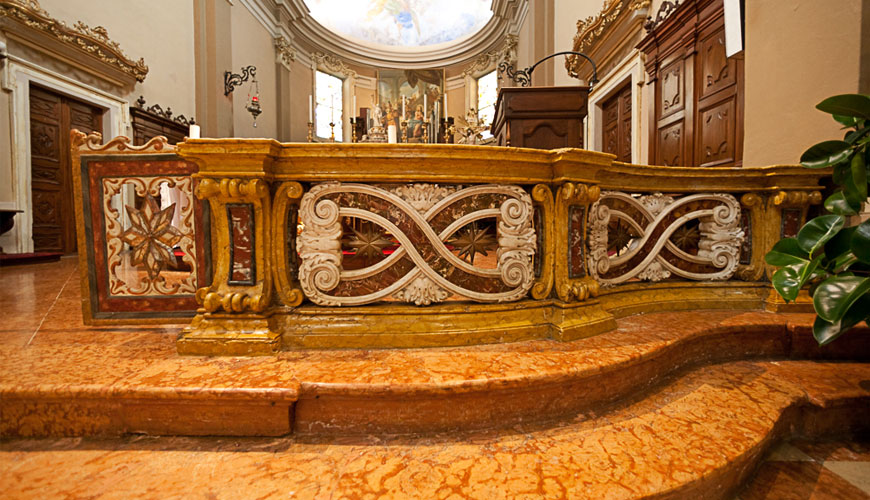 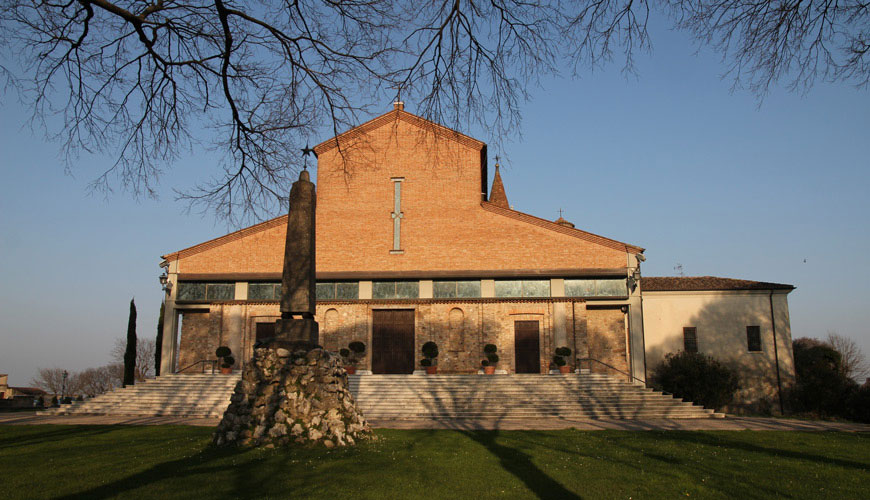 Built on one of the highest hills of Volta Mantovana, from which you can admire a stunning landscape, the Church of Santa Maria Maddalena belongs to the Romanesque style. Originally consisting of only one nave, it was transformed in the fifteenth and renovated in eighteenth century, when it was extended to three naves and enriched with chapels and altars.
In the 1800s, Vergani designed an extension and a reset, but the work remained unfinished and only in 1960 would be built the new facade that completes the expansion of the building.
The temple, as well as being appreciated as a significant expression of the Baroque in the North of Mantua, is very dear to popular devotion. Here is preserved, and still deeply revered, the body of the Blessed Paola Montaldi: a young woman from this town, who died in a monastery in Mantua, after a life of prayer and penance. The body arrived in Volta Mantovana in 1814, after the request of the Community, and is mysteriously preserved intact.
In the church, especially interesting are the eighteenth-century altar and the altarpiece of the painter Pietro Rotari (1749) from Verona, depicting the encounter between Mary Magdalene and Christ in the house of the Pharisee. Furthermore, on the right wall of the chapel of the Blessed Paola, there is the picture depicting the Assumption of the Virgin, attributed to Guercino. During a recent restoration, some fifteenth and sixteenth century frescoes have been found, detached and placed in a chapel on the left.
The restoration of this chapel is one of the great works of protection and enhancement of cultural heritage that Cariplo Foundation is supporting through funding the Terre dell’Alto Mantovano project.

Gonzaga Palace was built in the mid-1400s by Ludovico Gonzaga and... Leggi tutto >>

The historic centre of Volta Mantovana winds its way up the hill ... Leggi tutto >>

Enclosed within a high wall, about a mile long, the complex is a ... Leggi tutto >>