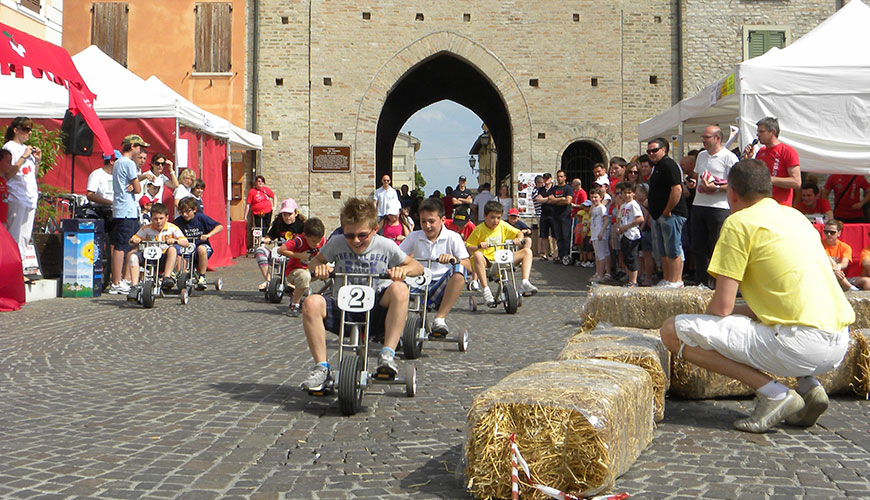 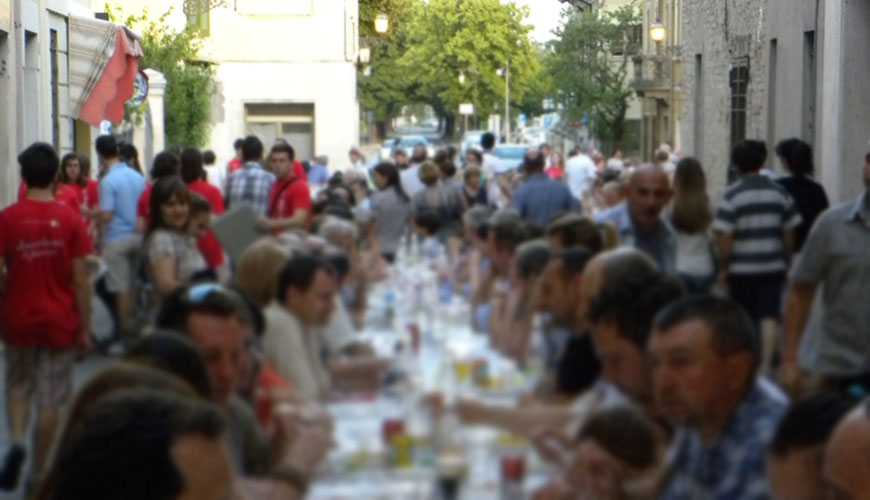 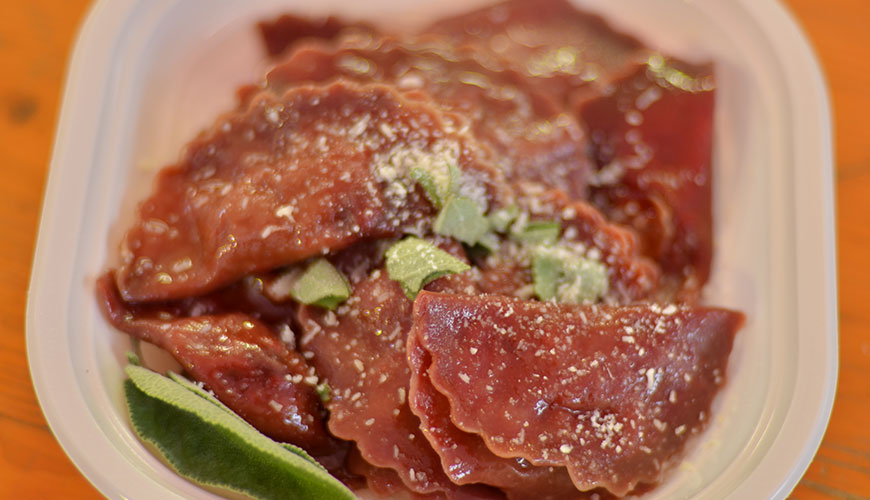 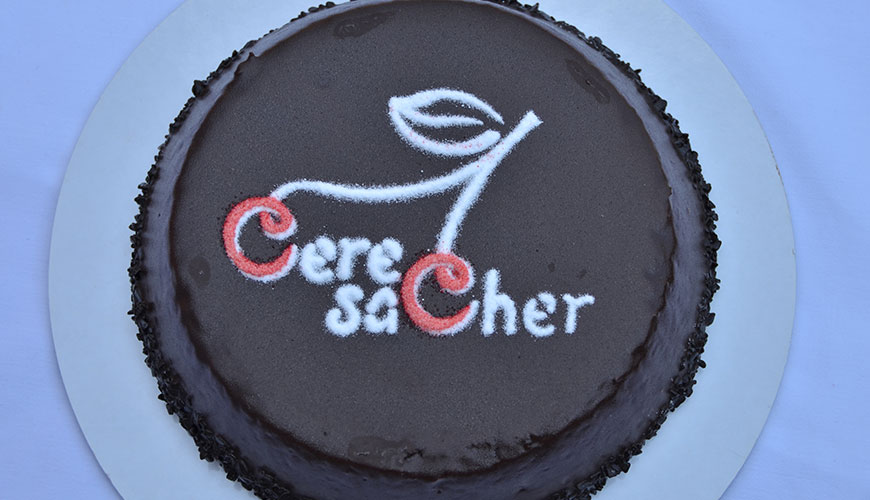 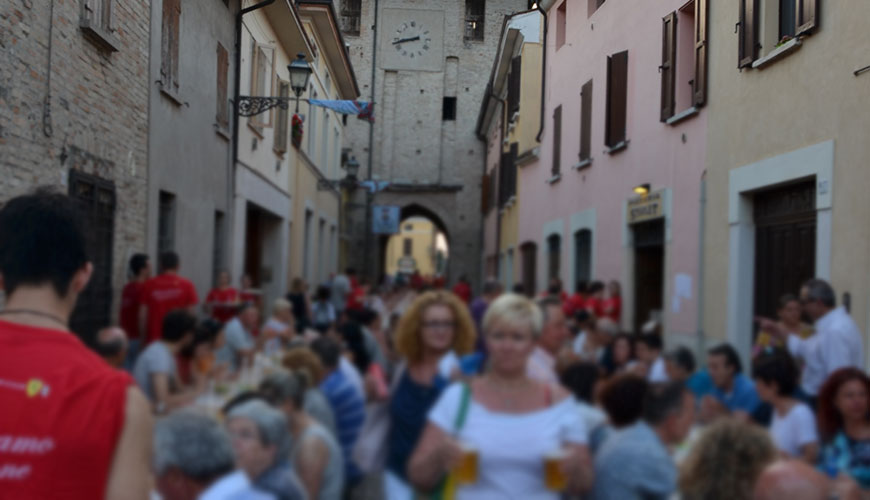 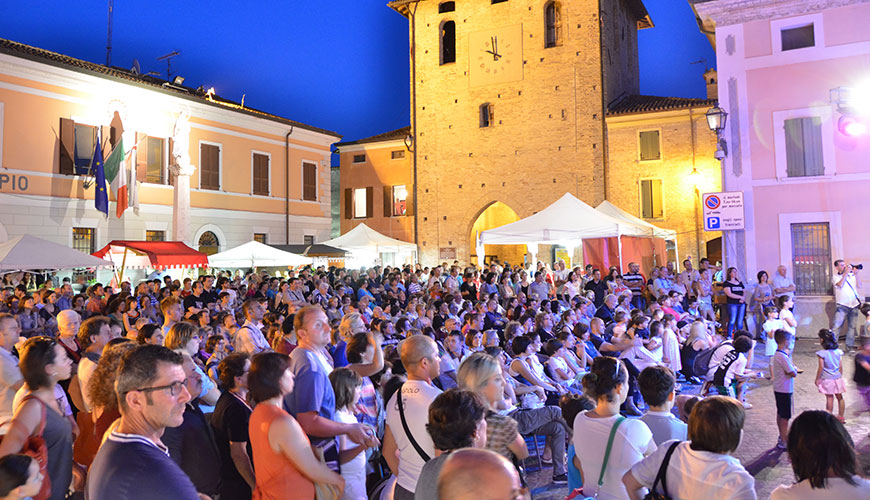 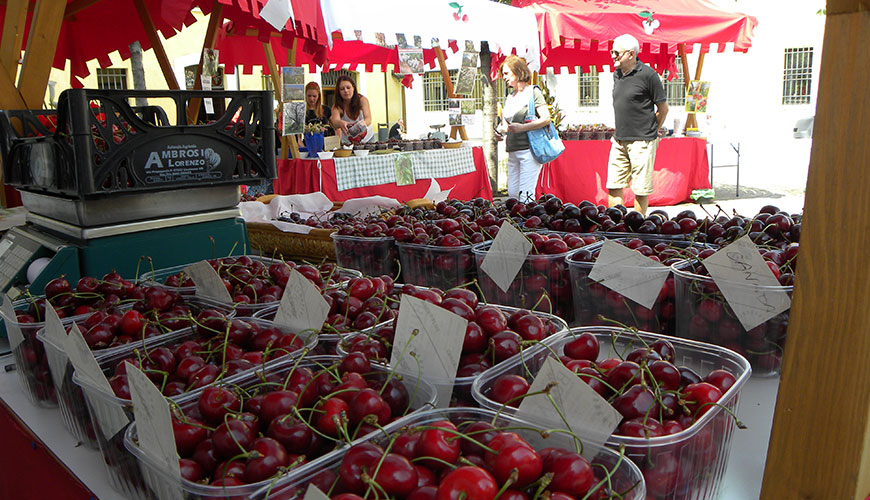 As the cherry is very traditionally important to this territory, Ceresara has organized a festival in its honor, and created a special dish with it, the Tortello della Possenta: pink colored stuffed pasta shaped as a crescent, which has already been certified De.Co.
During the days of the Cherry Festival, from 30 May to 2 June, you can buy cherries directly from the producers, but also taste the tortello during the dinner that takes place along the main street of the town, just below the Gonzaga tower.

The name of the town itself -in the local dialect Saresera– etymologically comes from the Latin “cerasus” meaning cherry, identifying Ceresara as “terra dei giliegi” –land of cherries. Even the coat of arms, consisting of a tree with red fruits, a prancing dog and fertile land on the background, suggests that this area has always been used to cultivate cherry trees. Given the many clues, after further research, many believed in the cultivation of cherries that today boasts 2,500 fruit trees and is constantly increasing.

The 2nd of June is the Italian Republic Day, but Castel Goffredo,... Leggi tutto >>

The oldest part of the Palace is attributed to Luca Fancelli and ... Leggi tutto >>

The event is held every year during the summer solstice, in the b... Leggi tutto >>