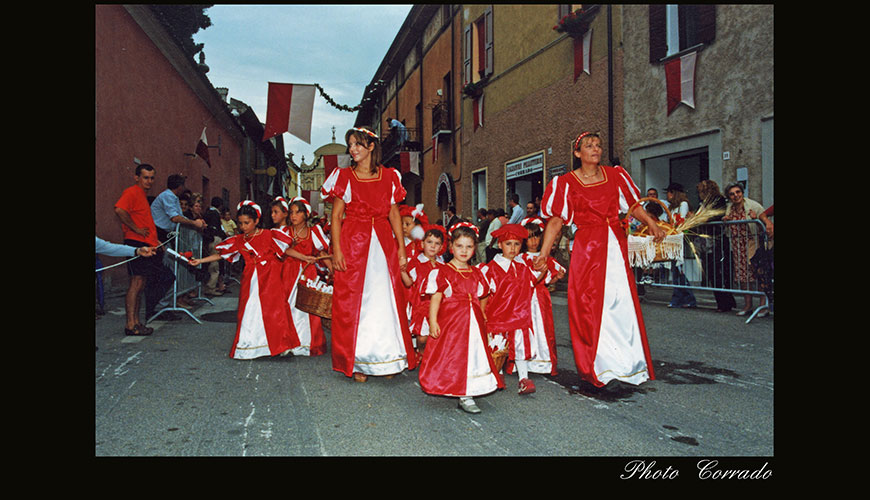 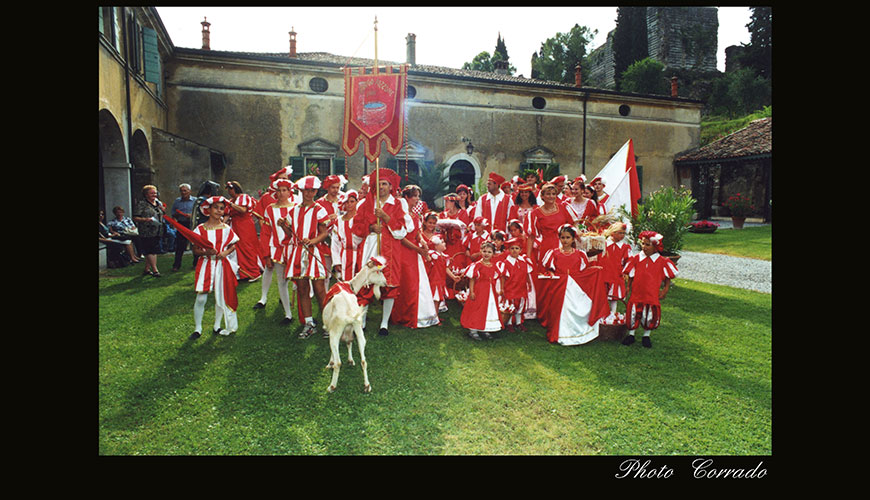 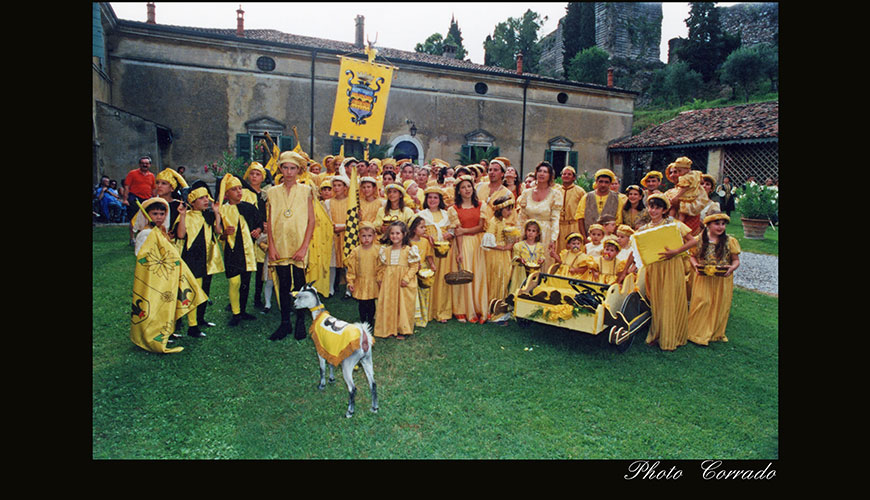 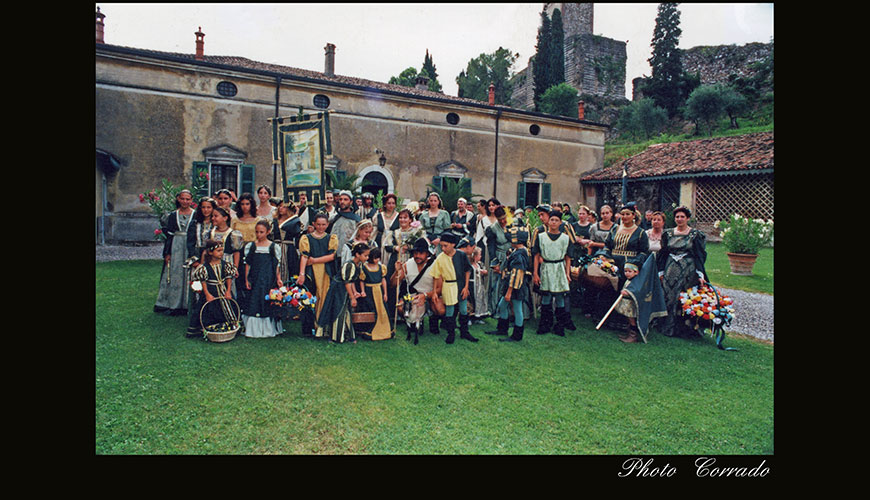 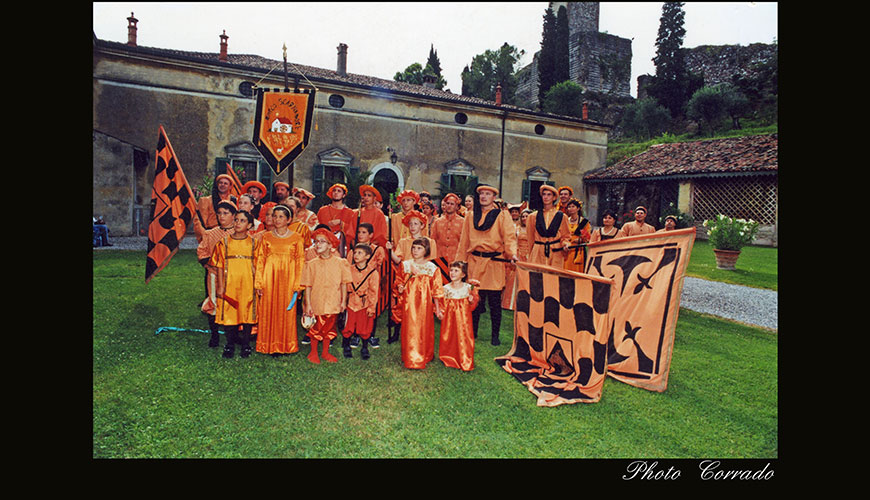 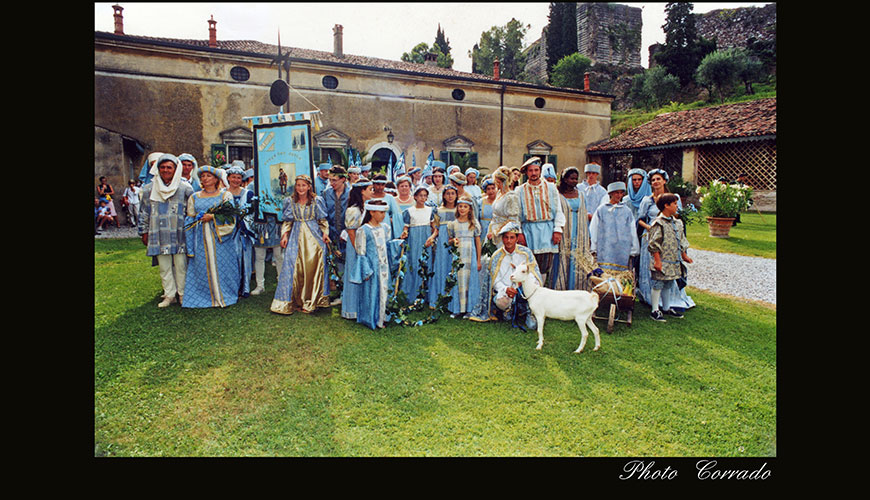 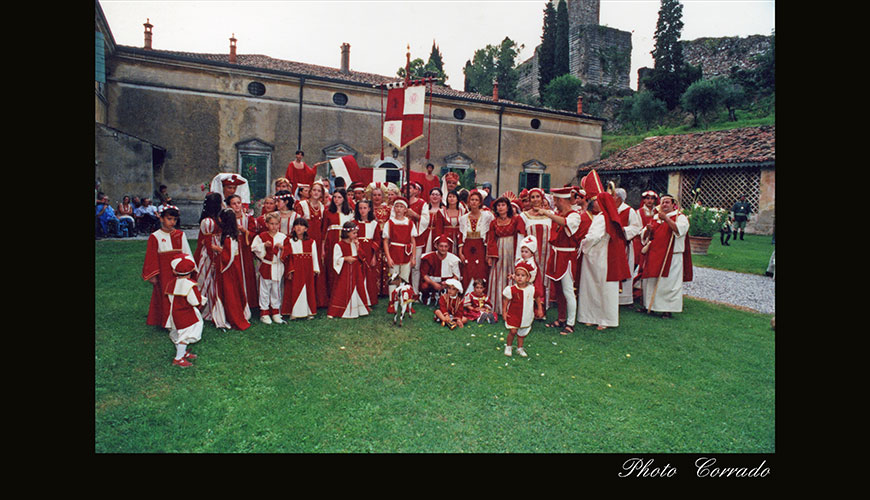 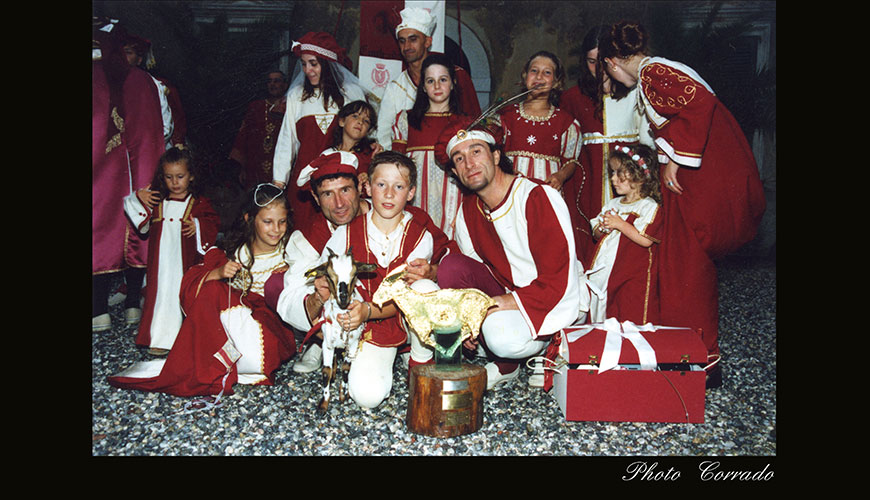 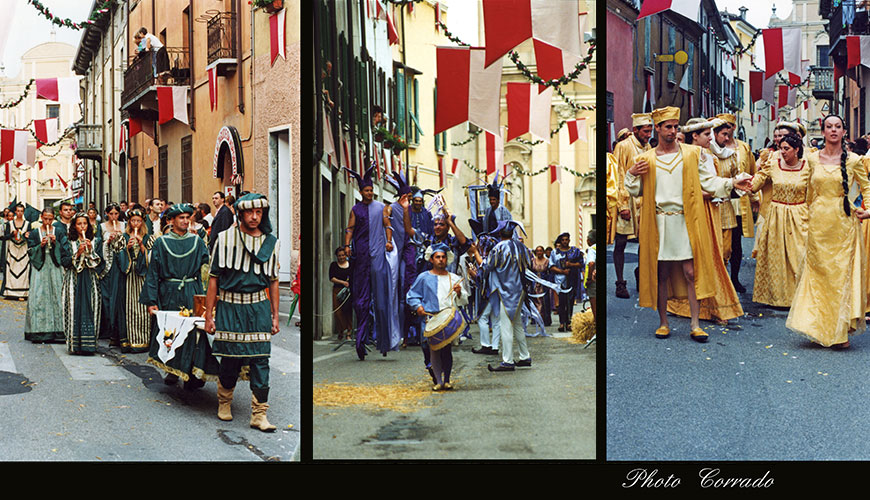 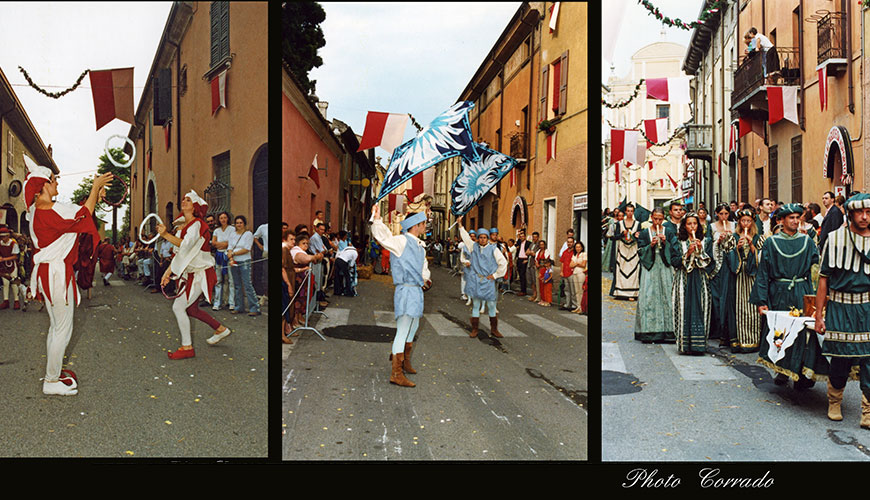 Every year in Cavriana is held the Golden Goat Race (Palio della Capra d’Oro): children with their goats, representing their districts, run a race through the streets of this lovely village. The race, which seems to have ancient origins, is inspired by the alleged discovery of the Golden Goat, a little statue that gives its name to Cavriana, once Capriana (from the italian capra, goat).

The event, which takes place every year on the first Saturday of July (4 July), actually requires a quite long organization. The race remains the most intense and anticipated moment not only by the community, but also by the foreigners who come to see it. In addition to it, each district also works to adorn the streets and buildings with rich decorations. Then, to address the past Renaissance splendor, more than 400 people participate in the parade held in the historic center. The clothes are inspired by the noble Este and Gonzaga, that had in Cavriana one of their summer residences. Obviously, decorations and clothes are strictly made in the colors of the district to which they belong.

The award for the best district is assigned to the one that stands out for the decorations, the costumes, and the representation on the stage. However, the most coveted prize remains the one awarded for the race, that consecrates an entire district as undisputed winner.

This re-enactment event mixed with popular games will make you an enthusiastic supporter of one district or the other.

Tasting the traditional dishes of the place you are visiting is t... Leggi tutto >>

It was once the largest fortification in the state of Mantua. To ... Leggi tutto >>

Music is the real subject of the event taking place in mid-July i... Leggi tutto >>