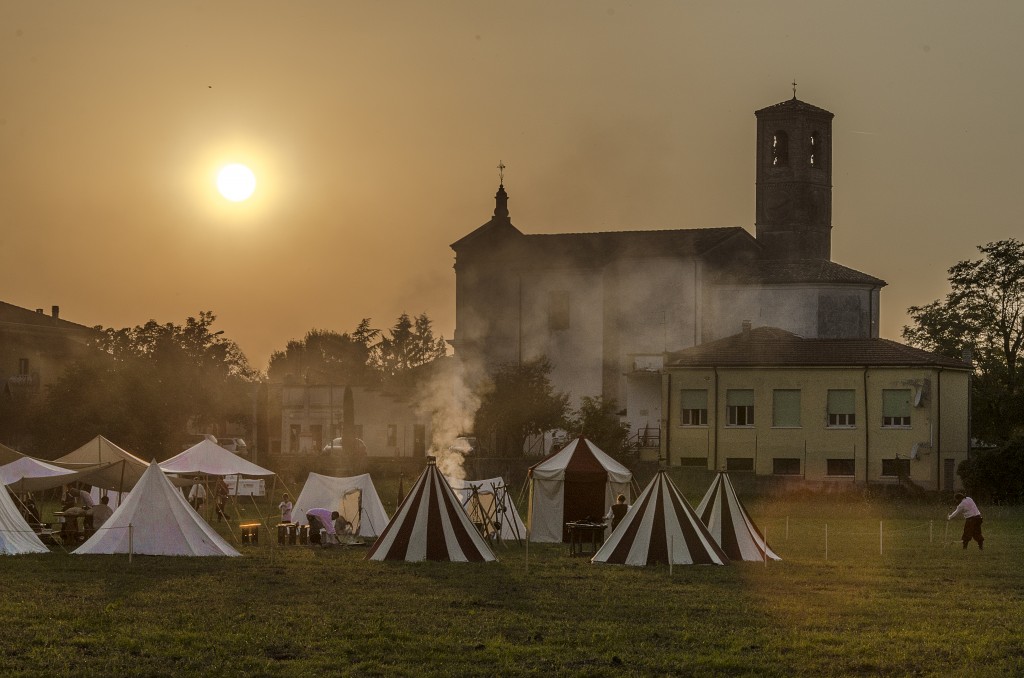 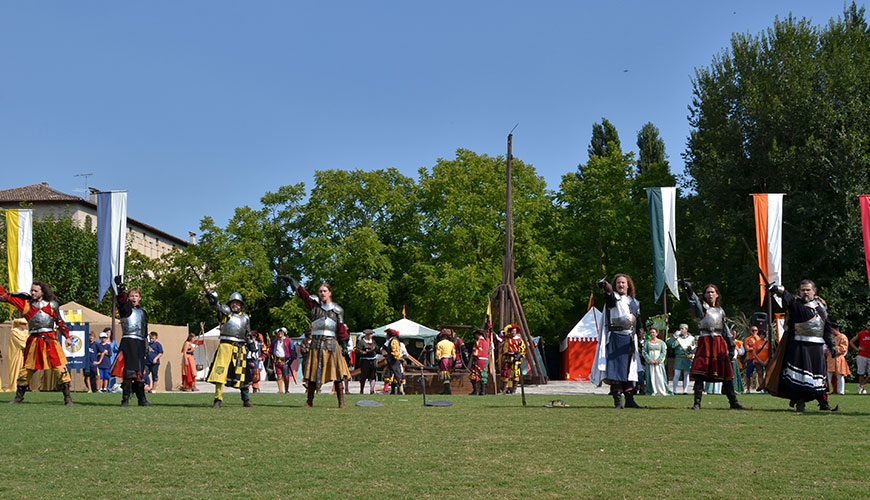 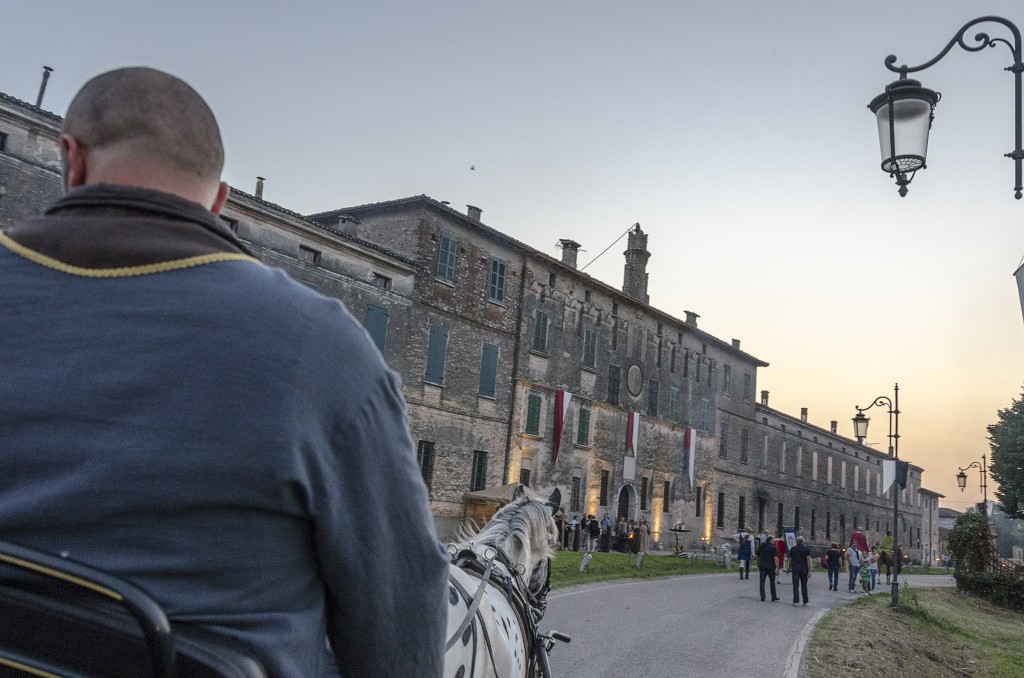 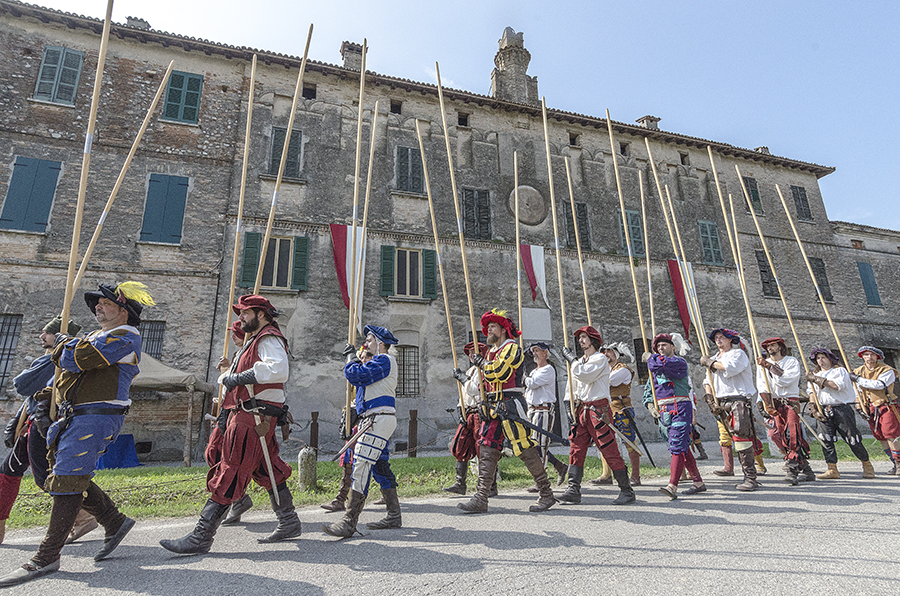 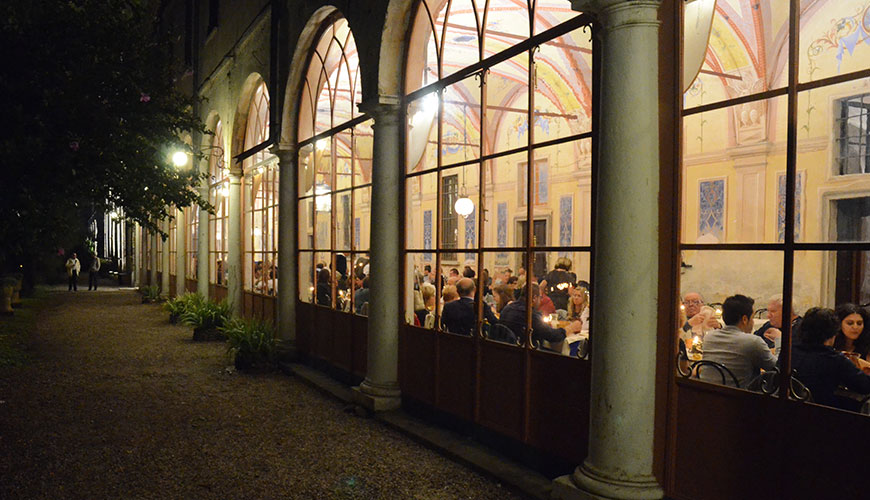 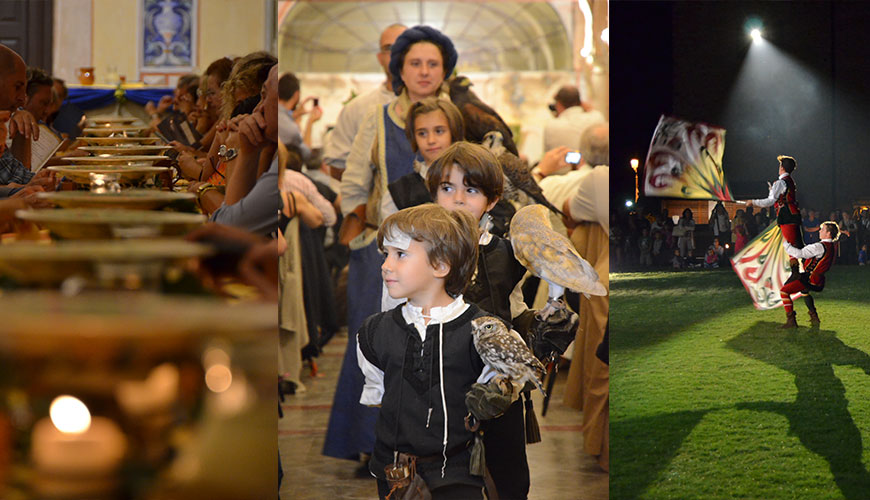 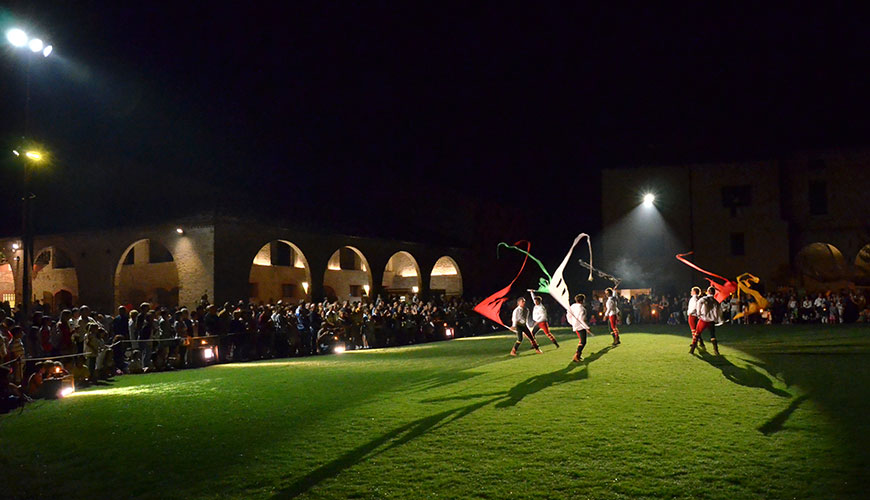 It was 15 June, 1491 when Francesco Gonzaga invited the equally noble Ercole d’Este to San Martino Gusnago, in the home of Francesco Secco, to celebrate the reconciliation between Gonzaga and Secco, the two major mantuan authorities at the time. Peace was sanctioned with a banquet of honor, so magnificent that was on everyone’s lips!

To commemorate this event, every year during the first weekend of September the evocation Convivio a Palazzo is set up in the same villa and in the surrounding gardens: three days full of games and emotions. It starts with the race that challenges in many ways the different districts of Ceresara; it continues in the afternoon with workshops and games for the little ones, and, in the evening, with the beautiful horse shows, dancing and fighting. During the re-enactment the taverns are open to allow guests to taste traditional dishes.

Relive the Renaissance and have a chance to get in Palazzo Secco Pastore, usually inaccessible to the public, are two good reasons to take part in the feast of St. Martino Gusnago of Ceresara on 5 and 6 September 2015.

Conferences are like many pieces of a mosaic, which make up an in... Leggi tutto >>

The old town, built where the ancient castle was, is rather discr... Leggi tutto >>

“For some time the news spread that on the last Sunday of S... Leggi tutto >>