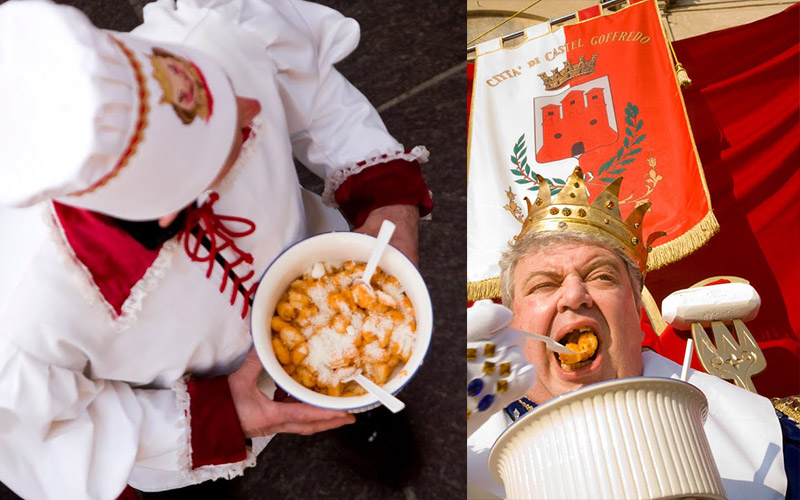 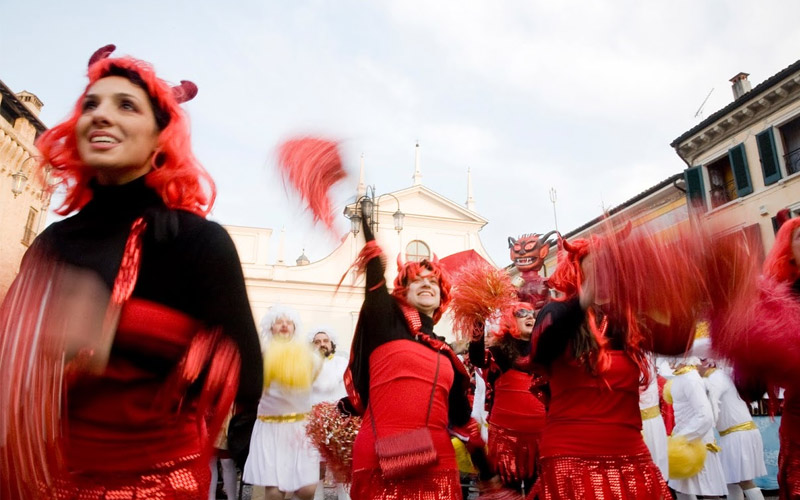 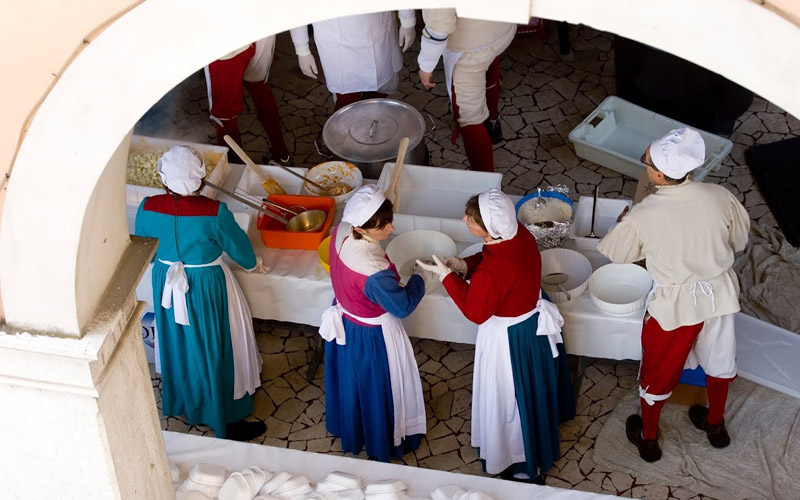 Tradition has it that in Castel Goffredo on the last Friday of Carnival, industrious kitchens and effervescent cellars are set up in the name of Re Gnocco (Dumpling King), powerful but laughy monarch, great eater and drinker, totally committed to the happiness of his subjects. On the day (the only one) of his coronation, he dominates the town and the public administrators themselves must act in devout submission. Until the ‘5Os the dumplings were kneded in the square; today they are still cooked and served in the presence of hungry people and distributed for free.

The Carnival of Castel Goffredo seems to be even more ancient than the Viareggio’s. We have news of it from the 1600s , although the tradition of VENERDì GNOCCOLARO (Dumpling Friday) comes from the second half of 1800s. The amazing discovery of a poster dating back to 1875 has given the opportunity to precisely date to 1872 the birth of Venerdì Gnoccolaro and its mask Dumpling King. In 1914, the year that marked the beginning of the modern era of this event, the musician Edoardo Zappa composed a song dedicated to the king. 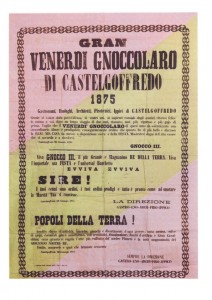 We celebrate the same ritual since then: the King, newly crowned, opens the festival. Usually it is a parade of masks and costumes. Every four years, though, the event is enhanced by impressive and colorful allegorical floats.

You are all invited to the presence of our beloved Dumpling King on Sunday 15 February, 2015 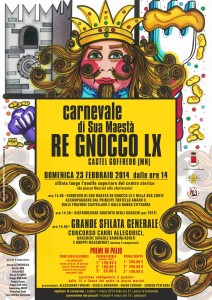 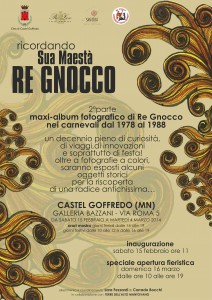 The introduction of this festival in Castel Goffredo likely finds its inspiration in a fact happened in Verona. When, in 1531, the physician Tommaso di Vico offered to the hungry people of San Zeno flour, butter and cheese, Cesare Fregoso was also in Verona. He was captain of the Republic of Venice and with him was the prestigious Secretary Matteo Bandello. A few years later, in 1536, the Fregoso family moved in Castel Goffredo at the Court of the Marquis Luigi Gonzaga. It is very likely that the storyteller Bandello told this unique story. At that time, however, we know that the Marquis preferred to spend the carnival period in Mantua.

One of the most appreciated antique markets is held every third S... Leggi tutto >>

The recipe passed down from generation to generation for over 450... Leggi tutto >>