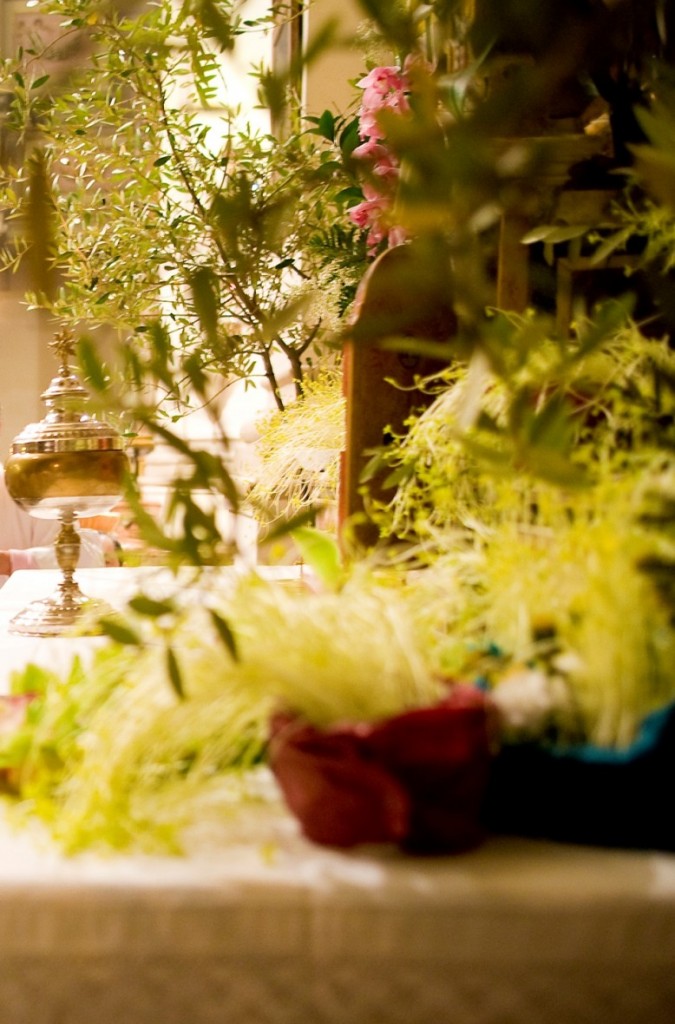 In Castel Goffredo as in many places in the Lands of Upper Mantua, the tradition of Ash Wednesday is still in use. On the first day of Lent wheat, rye or chickpeas are sown in shallow containers under a layer of cotton wool. The plates are then stored in the dark of a cupboard and watered only on Friday, the symbol day of Lent. On Good Friday, these tender and white sprouts are placed at the altar of the Blessed Sacrament, called Sepulchre during the Holy Week. They are the only decoration in the bare church from the Holy Thursday evening to Easter Vigil on Saturday night.

This is the continuity of a pagan worship of Phoenician origin, passed to the Egyptians, to the greek-roman religious culture and finally absorbed by the Christian tradition. Adonis, also symbol of resurrection, was the beautiful young man Venus was in love with. Killed by a wild boar, he reddened the waters of a river with his blood. Venus buried him at the source of this river.

In his honor “people wept for seven days and sowed wheat or other seeds in pots called gardens of Adonis, where the tender sprouts symbolized the shortness of the God’s life”.

The simple things are those with the greatest effect: some benche... Leggi tutto >>

The historic centre of Castel Goffredo is regarded by urbanism hi... Leggi tutto >>

The night in Cavriana gets white once a year, in mid-July! It get... Leggi tutto >>